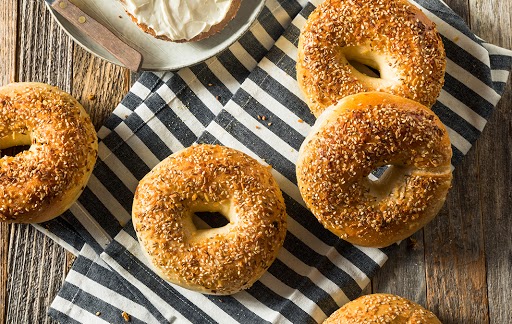 We hope you’ve enjoyed these eight fun facts about National Bagelfest Day! We also hope you celebrate this unique food-inspired day by eating bagels, making bagels, or engaging in a combination of the two! Truly, there are so many ways to dress up that bagel of yours—be creative! As part of the celebration, don’t forget to post about it on social media (the designated hashtag is #bagelfestday) and tag us at Twin Pines on Facebook or Twin Pines on Twitter so we can see how you celebrated the day!